The Best Performance Tires for Audi

Due to Henry Ford's massive success in basically creating the assembly line, the average person thinks that the modern automobile was first created in the United States. While this is where Ford was from, and areas like Michigan became synonymous with automobiles, the first cars were created in Germany, as a matter of fact, and not in the USA. While historically speaking, many people are aware that some things coming out of Germany should in no way be celebrated, the fact that Germans produced automobiles is something that we can all appreciate. Even today, some of the best cars are produced in Germany, like the Audi. A brand of luxury vehicles, Audi is a subsidiary of Volkswagen and it is known as one of the best-performing luxury cars on the road today. There are millions of Audi owners who love their automobiles, and they take great strides to care for them.

One of the best ways that you can care for your Audi is by ensuring that it has the right tires on it. Rolling around with performance wheels, like the ones you'll find at a site like Good Tire, is going to give you a much better experience and really extend the life and luxury of your Audi. But why do the tires you choose matter? Let's discuss this in more detail.

Your tires matter first and foremost because of performance. Different levels of tread and different materials used in creating the tire are going to grip and handle on the roads better. They're going to perform better at higher speeds. You're going to have better handling and better traction with better tires. Performance tires on Audi is just a perfect fit, because the Audi is a performance vehicle. This isn't some utilitarian car; this is a luxury automobile with a fantastic engine which gives you a car capable of traveling comfortably at high speeds.

Cheaper or basic tires are good for mid-tier cars that one might consider “around town” cars, meaning that they're just true utilitarian vehicles that are used to get one back and forth from work and to the grocery store, etc. When people purchase an Audi, it's typically because they demand a higher level of performance, especially on the open roads. And so it's very important that the tires that you're putting on your Audi are capable of maximizing on this performance potential. Every Audi is going to roll off the lot with the right performance wheels, but they're not going to last forever. So when it's time to change those tires out, here are some of the best performance choices you can opt for. 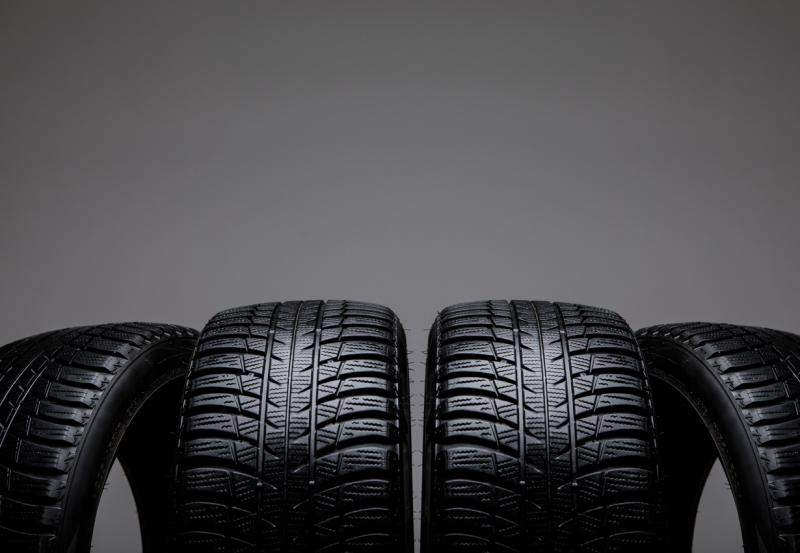 The Top 7 Tire Brands and Models for an Audi

The Michelin Pilot Sport is really the cream of the Michelin crop. One of the best known manufacturers of tires on the planet, Michelin never ceases to amaze critics with their high-end offerings that handle well at high speeds, have ample traction, and that last a long time. The company specifically designed the 4S to be used on performance cars like Audi, as well as other luxury vehicles like BMW and Mercedes, so it's just a natural choice when you're ready to replace your tires.

Another name that you might recognize, even if you don't know anything about tires, is BF Goodrich. Known as perhaps the most rugged tires out there, BF's selections are all about longevity and being a tire that's going to last you for a very long time. The Sport Comp-2 is the ideal fit for an Audi, offering high-performance precision in all manner of conditions, including wet and slick roads. It's all about the ability to handle well with this BF Goodrich offering.

Bridgestone is consistently rated up there with the best tire companies on the planet, and that's because of the quality they turn out. Their tires are generally incredibly reliable and very safe. Though what makes them stand out for many is that they're all about comfort. The RE760 Sport is a tire that allows you to drive a performance vehicle like the Audi in total comfort. Minimal bumps and jolts in the road; just smooth sailing while you're operating your vehicle.

Michelin is such a good brand that, realistically speaking, this entire list could just be seven different offerings from the same company. That's how good they are. They're so good, in fact, that when you buy an Audi, there's a strong chance that it's going to come already equipped with the Pilot Super Sport from Michelin as a contracted OEM provider. Quiet, light, and offering excellent traction, the Pilot SS is a great match for any Audi.

Continental might be a lesser known brand colloquially, but they're a respected and revered brand in the world of performance wheels. The ExtremeContact is known for being a super light and quiet tire. This means that when you're traveling at high speeds in your Audi, you're not going to hear that proverbial rumble of the road. You're going to have a very quiet and comfortable ride. Plus, these tires are known to have impeccable tread that won't wear away any time soon.

Bridgestone is another brand that could easily fill up its own list. There's a commonality on all of these sorts of best-tires lists, in that you're going to find that some brands just repeat. That's because of the quality they put into their tires, like with the ER30. This is known as a Grand Touring Performance tire, which means that it's rated for very long distances, high speeds, and great traction. It's the sort of tire that was made to ride up and down the Autobahn for its entire life.

Well, no surprise here that the list is ending how it started, with a Michelin tire. The Primacy HP is the sort of tire you slap onto an everyday-use Audi. That's because it helps improve fuel performance and was also made to stop on a dime. It offers a different type of performance, but offers great performance nevertheless. It's not an Autobahn cruiser like the one above, but it has plenty of strong points.

When you want to buy the right performance tire for your Audi, the first step is to find a good tire shop with which to do business.

You can submit articles and write for us.